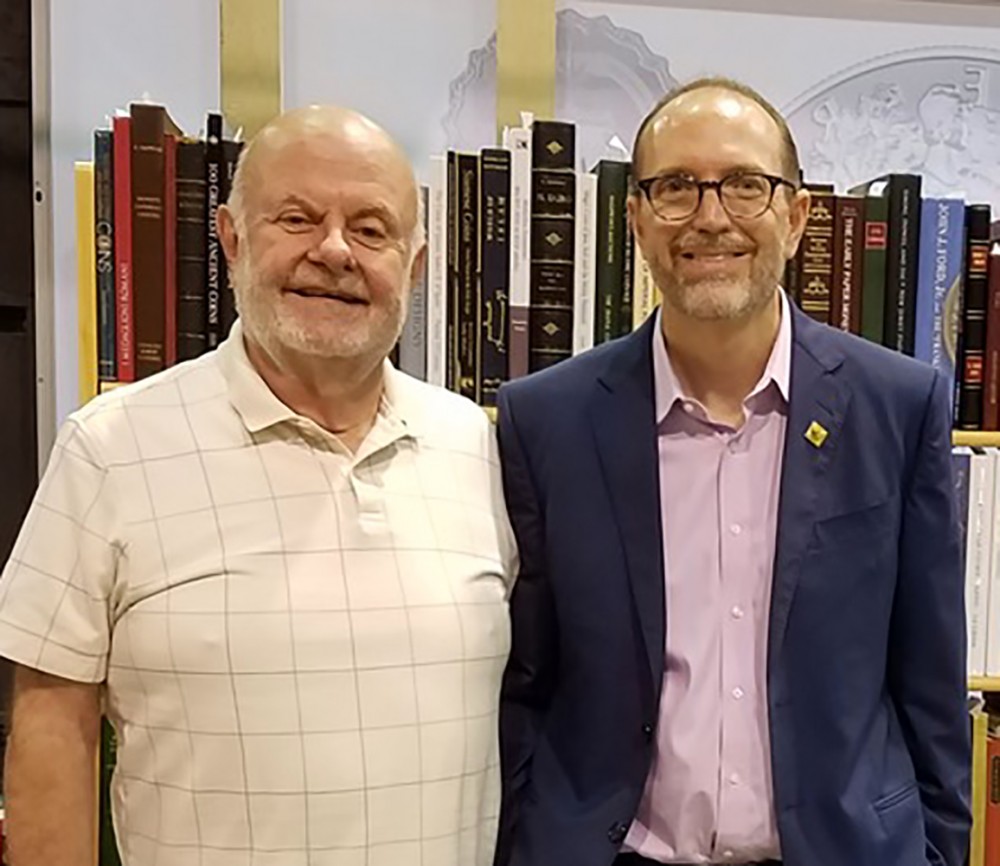 Kolbe & Fanning Numismatic Booksellers is the largest and longest currently active rare numismatic literature firm in the world. Established in 1967, our first mail-bid sale was held in 1976 and today we average four mail-bid or public auction sales per year. The firm is a member of the International Association of Professional Numismatists and the Independent Online Booksellers Association.

David F. Fanning holds a Ph.D. in English Language and Literature from the Ohio State University and has been a student of numismatic literature since childhood. He is Life Member 6230 of the American Numismatic Association and is an elected Fellow of the American Numismatic Society. David was elected a member of the honorary Rittenhouse Society and is a founder of the honorary Attinelli Fellowship. In addition, he belongs to many specialized and regional numismatic organizations in the U.S., as well as the Royal Canadian Numismatic Association, Royal Numismatic Society, and British Numismatic Society. Currently, he serves as a Board member of the Numismatic Bibliomania Society, of which he is also a life member. He has published widely on numismatic literature, North American colonial coins, medals, U.S. federal coins, Islamic coins and other topics.
While public auctions and mail-bid sales are an important part of our business, we also actively buy and sell rare numismatic literature. Our stock of rare numismatic books is among the largest in the world and we are always pleased to receive serious want lists.

In this video, David speaks to CoinWeek about the importance of maintaining a numismatic library
at the Early American Coppers Show.